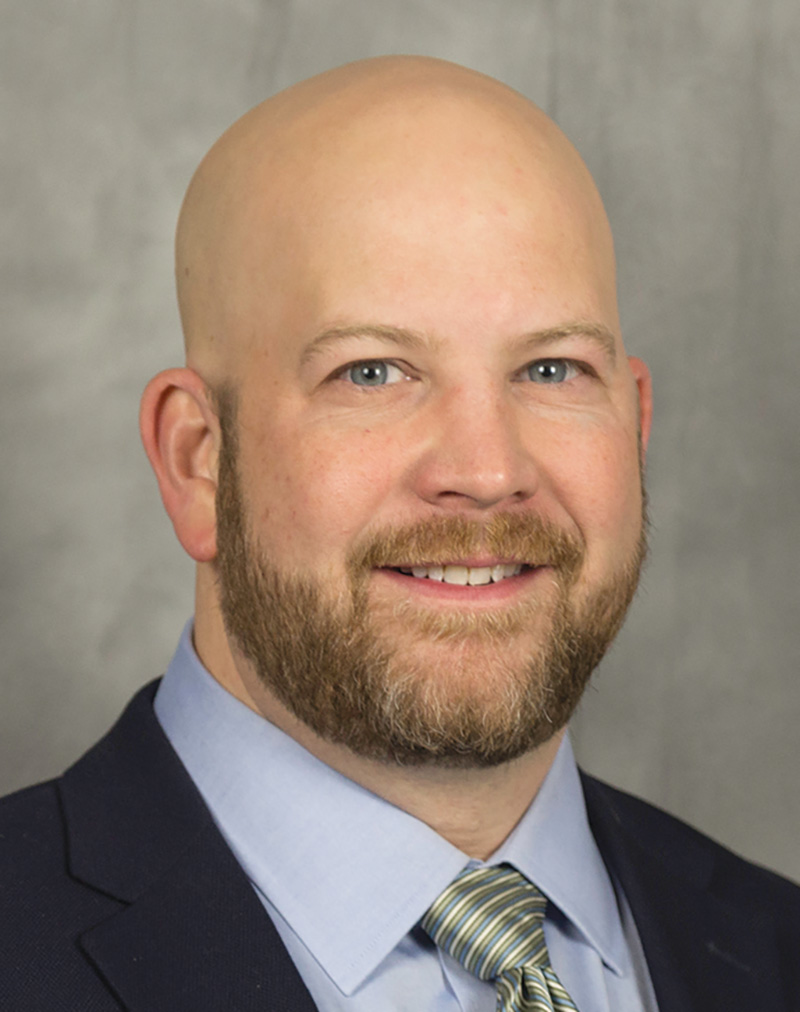 Understanding business credit goes beyond risk assessment, payment plans and collection disputes. Putting the credit profession under a microscope shows the building blocks of a credit department and the skills Ty Knox, ICCE, said it takes to find success as a credit manager: education, leadership and perseverance. In January 2020, Knox, EFCO Corporation director of credit and risk, will take the reins as chairman on the National Association of Credit Management’s Board of Directors, where he will draw from his 22-year credit career to reinforce the foundation for the association to build on over the next decade.

Although his first job in credit wasn’t until late 1997, Knox said he was given a glimpse into the profession shortly after graduating from Iowa State University the same year. Knox, who graduated with a Bachelor of Arts degree in Communication and Business, was hired by First National Bank in Ames, Iowa, as a student loan officer, which he said was the banking industry’s codeword for “one who collects on delinquent student loans.”

“Once I opened the door at the bank, the banking job opened the next door to Dun & Bradstreet,” said Knox, who was a financial data consultant at D&B. “Once there, I got more interested in credit. You’re exposed to all of these credit departments as you’re updating their information and they’re buying data from you. It just snowballed and as that snowball rolled down the hill and gained momentum, more and more opportunities in this field became available.”

Now in the vein of commercial credit at D&B, Knox became a sponge for knowledge, consulting with executives on improving the company’s credit rating, updating financial and operational reports for customers, and executing and evaluating improvement programs. He was in the mindset that the longer you do something, the more efficient you become. More expertise makes credit people more in-demand, Knox said, and his career path organically developed with this trajectory in place. In 1998, Knox changed things up when he became an account executive for a small, family-owned company called Battery Patrol, JW Corp., in Des Moines, where he worked for two years. Knox handled the company’s accounts receivable portfolio—an estimated $500,000 at its peak.

It wasn’t until 2000 when Knox experienced “the biggest jump” in his career with a shift from an accounts receivable portfolio of less than a million at Battery Patrol to one in the millions at truck leasing company Ruan. During his four-year journey at Ruan, Knox said he climbed the ranks from a credit analyst to senior credit analyst to the director of corporate credit.

“It was scary. Every business I’ve been a part of, when I left them, I’ve left their accounts receivable in a better condition than when I arrived,” he said. At one point during his time at Ruan, Knox said its accounts receivable portfolio reached $20 million. “When the numbers compound and get bigger, it gets more and more difficult to do. It’s scary, but those are the kinds of challenges people in this industry really thrive on and look forward to. I welcome that.”

His desire for new and fresh opportunities and challenges sent Knox into his current position at EFCO in 2003, entering the realm of international credit as the director of credit and risk. Knox’s earlier responsibilities focused on collections in North America, mainly in the U.S. Today, Knox said, his role goes beyond credit and collections to risk management for international business, as he’s responsible for the invoicing and contracting departments and anything that is associated with risk, whether it’s contract risk, product liability risk, etc. Understanding and operating with the various cultures, norms, procedures and processes is challenging, Knox said, but a challenge worth embracing.

“My personal goals are really to improve our ability to efficiently collect money outside of the U.S.,” Knox said. “We are struggling right now. We need to do a better job of efficiently and effectively collecting money internationally.”

One proven way to improve is through continued education. A year after his hiring at EFCO, Knox not only began his pursuit of a Master’s degree in Business Leadership, but also joined the NACM Heartland’s Board of Directors, recently serving as its chairman. Graduate school placed a heavy emphasis on leadership, specifically learning the difference between being a manager and being a leader. Knox said he prides himself on leading by example rather than dictating what needs to be done. This includes showing staff the benefits of continuing education whether it’s through NACM and its numerous accreditations or attending lunch-and-learns and webinars.

“It has helped me tremendously,” Knox said. “My latest challenge is taking over international credit and collections and risk management. What a great resource we have with NACM through FCIB’s program. The ICCE was a huge tool and very valuable for me in making that transition to international collections.”

Bob Dylan said it best when he sang, “The times they are a-changin’,” and from Knox’s perspective, that means technology in credit. In today’s modern credit department, there’s practically a computer on every desk and a smartphone in every pocket in order to maintain a constant connection, he said. However, at his first job, the entire department shared one computer. Technology and the speed at which data is gathered is “a game changer,” Knox said, making it possible to do things that were a pipe dream 25 years ago.

“When you received a credit application, it would take a week to get all of your bank and trade references called, follow up, get all of the information, get your credit reports in, get all of your data gathered, put it into a model and make a decision,” he said. “That was a very long process. Now with technology, it’s almost a completely automated process. Companies that support our industry now have created these platforms where you can enter a company name and all of the data will be downloaded to your computer, run through a scoring model and deliver a score based on your criteria in a matter of moments whereas before that would take weeks.”

So why pursue the chairman position on NACM’s Board of Directors? Knox said it’s about giving back to the association that made his career by using his leadership skills to reinvest in the future of NACM. A top priority is to work closely with the Board of Directors to develop a contingency and recovery plan in an effort to boost membership and harness this strategic planning to set positive trends that will last long after his time as chairman.

Immediate Past Chair Sheryl A. Rasmusson, CCE, and business and credit manager at Kilgore, said she believes Knox will utilize his knowledge to lead the organization.

“My advice to Ty as the incoming chairman would be to embrace new ideas and continue the forward momentum of growth,” Rasmusson said. “Ty has a thoughtful approach with an incredible amount of expertise in credit, both nationally and globally. With the support of a strong board and NACM National, I am sure he will accomplish great things.”

Knox said he will continue to push his fellow credit managers to pursue education in hopes of growing the credit network and attracting a younger generation to the industry. Credit managers must dive deeper into their resource pool to learn from others instead of trying to “recreate the wheel on your own.”

“There are all these resources to grow your network and your circle of influencers,” Knox said. “I’ve always got an avenue or a vehicle to put out the issues that I’m going through so people can give their feedback. Having a big network of resources and people to collaborate with just makes your life easier.”  ♦

As the advocate for business credit and financial management professionals NACM and its network of Partners take great pride in being the primary learning, knowledge, networking and information resource for commercial creditors nationwide.

Please schedule a visit. We are located close to Baltimore and not far from DC.